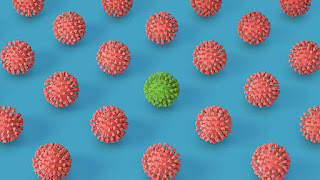 Each week on my drive to Flagstaff, the giant marquee sign over I-17 North tells me to "Join X million Arizonan's. Get vaccinated." My news feed regularly ques up articles for how to win over the "vaccine hesitant".  A steadily increasing stream of alarms about new variants and restrictions to manage them strives to leverage the tide of society ahead of the curve. It all had a familiar ring to it as I contemplated the history of evangelism in my time. I remember being a Pentecostal teenager and being taught how absurd the reasoning of the heathen world was (we'll call them "Gospel hesitant") and what the best strategies where for winning them over. The emphasis was on converts, for their own good of course, but the important thing was they came around to our way of thinking. Every success at legislating our faith into laws that restricted the Gospel hesitant from acting too far out of line with our worldview was loudly praised.

Evangelists for every movement and cause through all of history follow the same pattern. Whether they're trying to save the world from people or save people from themselves, they're always plagued by the hesitant who just don't see things the "right" way. And then, just when you think you've got the offender boxed in, some minor change let's a nearly identical version of it loose on the world again. Wash. Rinse. Repeat.

As far as examples to follow, you generally have two choices. Either strive for power and influence in favor of your cause until the next variant gives you something new to squash or live out your own convictions and let the world run it's course. There is obviously some balance between the two but if Christ is your example, it's obvious that the wisest and most powerful leader did the good he was here for and let the world run it's course. And he aimed evangelism specifically at following his example, not squashing every variant in the world. You can insert Gandhi or Buddha or whoever you like and largely get the same result to differing degrees. Or you can insert the average, echo-chamber politician and perpetuate the strife.

The world may indeed hang in the balance of humanity's collective behavior but we don't own the scale. We don't set its weights and measures or the times that it's reconciled. Authority over those things belongs only to the One who created them and none of us can summon him through science or faith to validate our cause. Even as we may rightly work to win the fight, long live the variants, those evasive and everchanging things that flaunt our limitations and refine our focus. Even as we try to convert each other in a world that inevitably returns us all to dust, may you have all the success of any humble virus at adapting to the world you're in. And even as it's dawning on us that life may be different than we imagined, let humility temper the shock that what we have strongly regarded as self evident no longer appears to be so.