In the Land of the Blind

"In the land of the blind, the one eyed man is king."
In the land of those who have lost their driving privileges (a.k.a. the foundation house next door) the king is the visitor in the black SUV with chipping, purple wheels and a stereo that lets Wiz Khalifa sing "young, wild and free" to the whole zip code. It's a good jam but as they stand on the sidewalk and triumphantly wave their cigarettes up and down to the beat, it's hard not to laugh at the irony of those who thumb their nose at restraint while trying to drink tiny bits of freedom through a legally kinked straw. 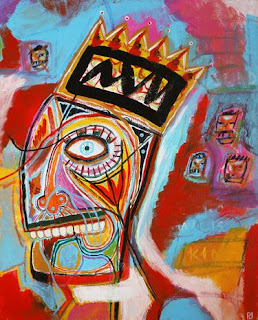 I imagine there's a case being made that the legalities that kink the straw are the thing to be scrutinized. No comment. It's always been tricky business for societies to establish laws that strike the right balance between giving freedom and protecting others against the misuse of it. It seems apparent we're fighting our own nature. I'm not immune. Young, wild and free sounds good to a middle age guy watching from the second story window of his business as well. It just conflicts with the rewards of being responsible that I've come to value more than unchecked freedom.

So I guess that's the thing in this bit of musing. If the one eyed man is king in the land of the blind, who's king in the land of the seeing. I'm convinced that truly seeing changes our fundamental nature to be concerned first with the well being of those around us. Perhaps I'm small minded but I can't see that becoming universal in our current reality. So, I dream of it as a component of Christ's kingdom when young is irrelevant, wild is considerate and free is no hazard to our neighbor. I think we'll still dance triumphantly to the best jams ever. We just won't dump our cigarette tray in front of the neighboring business when we're done.
Posted by The Wayfarer's Rod at 9:22 PM No comments: