A Decade and a Turkey

Facebook suggested I share this photo of me doing a decade from something close to twenty years ago. I hope Blogger doesn't mind my social media hoping to do so and I hope the rest of you don't mind the point of view. I don't think Facebook took that into consideration when they recommended I share it. Maybe they thought you would like the mountains. It seemed more interesting than a turkey picture, anyway. 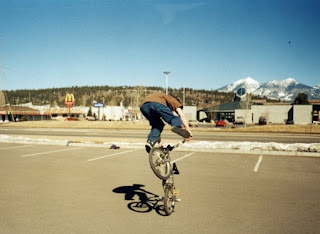 Speaking of turkeys, there's a scripture that says all creation has been cursed with us and, according to God's plan, is eagerly waiting to be redeemed with us. Among other creatures, I take that to include Thanksgiving turkeys, pets (that I liked), and dinosaurs. The new earth will be an interesting place, especially if you have to share it with me. Till then, scripture also says, "kill and eat", so enjoy that turkey or ham (or whatever animal you're responsible for killing this year) and be thankful this bloody mess won't last forever. Happy Thanksgiving.
Posted by The Wayfarer's Rod at 6:35 PM No comments:

I'm particularly enjoying the current hoopla about fake news on social media sources. The latest claim, of course, is the assertion that it influenced the election. Really?! Is there any popular media that doesn't influence the election... or political attitudes in general... or what you have for dinner tonight? I'm assuming this is in contrast to the completely trustworthy networks that don't make up their news - you know, the ones who facilitate the belief that there are only two choices for president. That's coming from a "vote waster" who threw his influence away on a third party candidate so don't take me too serious. I didn't even watch the debates. I was too busy writing fake news for social media (I think that's still called a blog). 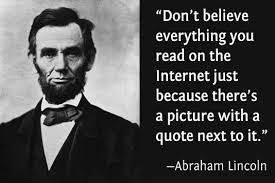 NEWS FLASH - U.S. Elects Perfect President!
A tiny minority of Americans rejoiced Friday morning at the outrageously suspicious victory for the Perfect Presidents Party. Besides the foreign voting machines, purchased media bias and thugs at the poling places, no one knows how they pulled it off. But the unexpected victory is one for the history books!
If it makes good on its campaign promises, the incoming administration will secure perfect national security via border checkpoints fitted with the latest technology to scan for genetic predispositions to nonconformist behavior, theistic ideology and health problems. Entry taxes will be administered based on the risk an individual carries for these defects and the revenue will be used for corrective programs. Of course none of this personal information will be sold or illegally shared lest we end up with fake news tailored to each persons defective preferences.
In regard to the proposed perfect economics program, global financial markets have responded by convulsing violently and some have spontaneously combusted as everyone is uncertain how fiat currencies will react to accountable accounting. Several world powers have already threatened nuclear attacks if a tolerable level of corruption is not immediately embraced by the new power and the Peaceful People Party who suffered a stinging loss this election has begun arming its members to forcefully reestablish the status quo.

Still, the Perfect President Party has been undaunted in celebrating the long awaited success of the delusion that a non-Antichrist will unify their chaotic and baseless efforts to escape the governmental mirror that keeps offending them. The transition of power is currently underway and will determine how to proceed based on how the outgoing administration responds to various kinds of mud slinging and death threats. Congratulations to the Perfect Presidents Party and, above all, good luck!
-Reported by Splandorf exclusively for the Free Maniacs Press.

In reality, I'm looking forward to a perfect King, not a perfect president, and The Bible (the unfakest document in the world) assures us that, just like now, the transition will be marked in part by an abundance of fake news with faked authority. But the King I'm waiting for also happens to already be in power vicariously through the current spectrum of human governments and he trains us through them. The short version is He's training us for obedience (to him, not mindless cronyism) and rewards us richly for it when his kingdom does come. Some of that obedience comes naturally. Wherever you stand politically, your natural inclination to pray for peace and wisdom right now is a good one. The obedience that's expected after we receive what we're asking for is more complex, but it's always to this end: "From one man he made all the nations, that should inhabit the whole earth; and he marked out their appointed times in history and the boundaries of their land. God did this so that they would seek him and perhaps reach out him for and find him, though his not far from any of us. For in him we live and move and have our being." - Acts 17:26-28
Posted by The Wayfarer's Rod at 12:13 PM No comments: