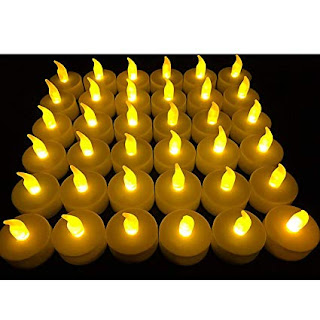 My four-year-olds like to play a game with a bunch of fake tealight candles that light up and artificially flicker in a dim yellow orange. They take turns hiding and finding them throughout the house. They missed one tucked loosely between the cushions of the guest room sofa. On my way to bed, it caught my eye and mind alike with that cliche significance of an unexpected light in the dark, a last coal that comes to ephemeral life alone in the ash long after the fire, solitary headlights traveling high on a distant, mountain road, the moon surprising you as you pass the hill that let it rise without notice.

Is that you? Home is coming. Standing in the middle of an unsearchable reality with any sense of place in it is what makes philosophy and faith a measure of sanity. The animals have neither and we would certainly be judged insane to act like them. The coyotes howl and the river rumbles by in the dark. The sirens blare and the traffic hums along under the street lights. I've found God both places, nature ruled and ruling, at least on the surface. All rivers run to the ocean but it's never full. All roads lead to Rome but I've never been there. Come soon Lord. I feel strange here.

Posted by The Wayfarer's Rod at 9:58 PM No comments:

When Lauren Daigle recently "flunked" the gotcha question of whether homosexuality is sin, I was as disappointed with her evasive answer as any right wing zealot. We like quick, clear answers (and judgments) and we rain rocks on anyone who seems to have fallen out of line. But I talked to my Friend of Highest Regard who slowed me down a bit when he pointed to his own habit of evasive and vexing answers. 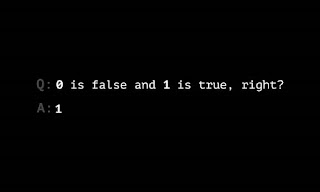 Let's start with the account of the woman caught in adultery, a close parallel to the homosexual sin question. The Pharisees asked the gotcha question, "The law says stone her. What do you say?" Christ - who in fact clarified that he was here to fulfill the law they were citing - responds by stooping to write on the ground before famously turning the moral question against the accusers, "Whichever of you is sinless throw the first stone." The extent of him calling out her sin was to privately release her with the instruction, "leave your life of sin." I'm left thinking a good trick answer would be, "Is Christ our judge?"

Sometimes, Jesus didn't even give a straight answer to close friends. In fear for his life and apparent doubt about how he had spent it, John the Baptist asked Jesus if he was the Messiah. Is there any more critical question to give a straight answer on? Jesus only answered that the evidence indicated he was, the same sort of maddening answer he gave Pilot for the question, "Are you king of the Jews?" Likewise, Christians the world over wish that, at least once, Jesus had said the words, "I am God." But we're limited to stating it as an obvious conclusion, I suspect by his own design.

Only in reference to Sodom did Christ more directly address homosexuality (one of Sodom's blatant offenses) and it wasn't to condemn it. It was to say even that's better than those who reject his kingdom. Boy, does that create some strange angles! Scriptures says I have enough sin of my own to worry about first. It also says Judge Jesus is currently exercising a lot of patience with the world before he lowers the final hammer. Besides that, I think me trying to judge Lauren's situation from the comfort of my anonymity is like a kid who thinks he's ready for the pros because he can dunk on a six foot rim. I'm not saying we shouldn't call sin, "sin". I'm just saying you might want to save your throwing arm for that stuffed animal at the carny booth.
Posted by The Wayfarer's Rod at 10:04 AM No comments:

I Thought You Were Smart

I love the look on a friends face when they first find out I'm a young earth creationist. Despite any prior regard for my intelligence, their recoil says, "Oh no! I didn't realize you hadn't evolved a brain yet!" To be fair, I know that we creationists can be quick to think less of those who disagree with us as well. It's a human trait that carries through all matters of faith, politics and life in general. 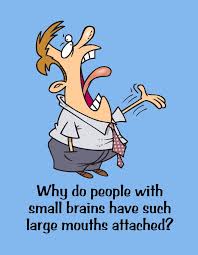 For either side (of any issue) it's reassuring to think of our opponents as idiots. That's much less intimidating than knowing someone intelligent disagrees with us. And what if we're wrong?! That's a favorite way for Christians to dodge the issue of validating their faith anyway, right? We ask, "What if I'm wrong?" insinuating a less grievous consequence than "What if you're wrong?" and you're hell fodder. It's an easy way out but it's one Christ and the apostles never took. Instead, their appeal was steadfastly attached to the validity of what they had seen and touched for themselves.

Still, no matter how reasonable our convictions about the unobservable past, they're still just faith. But faith is no small thing to Christ who simply said he was the truth and humbly offered what he expected us to accept as proof. In our time, anyone trying to answer the question of our origins is looking further back than we can see with our own eyes. Even Christ acknowledged the hurdle that creates. For that alone, I hope all sides exercise an extra measure of humility and truthfulness in deciding what ideas best align with the things we can see and touch for ourselves. And if you don't share my view on that, I can't respect your opinion, you pathetic little amoeba brain. To which you say, "Takes one to know one." I always knew we were equals.
Posted by The Wayfarer's Rod at 8:22 AM 4 comments: