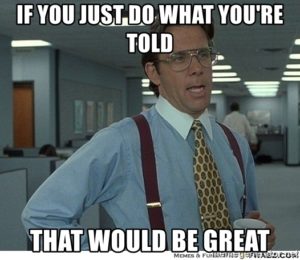 As a few friends and I hustled to get an exposed roof covered before the encroaching monsoon clouds dumped their torrent on us, the radio in the back of the pick-up chose to encourage our efforts with the song, "Killing in the Name of" from Rage Against the Machine. As we listened to Zack de la Rocha repetitiously scream, "F#%k you! I won't do what you tell me!" with the synchronized pounding of the band behind him, something unexpectedly struck me funny enough that my friend asked what I was quietly laughing about.

"They did what they were told," I answered in relationship to Rage's COVID canceled tour. And if you want to attend their next show, you'll have to do what you're told as well. I know that's out of context for the song's genuinely noble intent but that's where humor lives sometimes. Rage's rage is radio only for now.

The radio is a powerful communication tool but it doesn't provide the same sense of being part of something big as when a booming concert moves us in shoulder-to-shoulder unison by the thousands. My wife and kids had never been to a big name concert before we attended a Newsboys show a few weeks ago and it was a blast to see them get carried along with the pulsing excitement of the crowd. It's a version of why many of us enjoy singing with the crowd in a church service more than by ourselves at home. We all love a manifest measure of unity with like-minded others. Without that, not even a ground shaking amount of rage makes the stage worth it.