I blame God that we talk to ourselves. I've avoided blaming him for other things in spite of his all-knowingness and ultimate creatorship, but this one's inescapably on him. For five days, he simply spoke things into existence as he had in mind and by his own account "it was good". Then the later part of day six rolls around and what's he do? Stops to talk to himself about what's next! And that next thing of course was, "Let us make mankind in our image, in our likeness,...", complete with self talk.

Lest we wrongly imagine effortless agreement to God's self talk, consider the following. 1) The disparity between Christ's interests and the Father's interests when it came to crucifixion. 2) The internal conflict of Christ represented in statements like, "How long am I going to put up with you?" 3) The many times throughout the Bible a Spirit-led person (a.k.a. God-led person) like Abraham or Moses appealed to God's alternate sensibilities to fend off his destroying some certain people group. Love it or leave it, here lies your assurance that God can relate to the internal conflict of being a parent or long suffering friend.

Some additional value to that exercise? Ever feel like there's more than one person in your head. Not only can God relate, he's just like you! Or you're just like him. Whichever seems more proper to the majority vote of your personalities. It's good to be able to see his likeness in even the crazy guy ranting to himself as he paces. I know that crossed a line but here's another thing. Scripture teaches us that spiritual nature abhors a vacuum just like physical nature. Christ is the eternal vessel for the Father and the Spirit. And you have the choice of being a vessel for Christ or you have his assurance you'll house things more similar to the crazy guy. Think of it as complicated real life version of those nesting, Russian dolls. 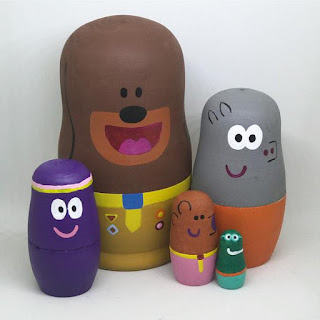 So self talk away. And realize that, through his Spirit in us and Christ's intercession for us, God's day six conversation never stopped and never will. Through his own self talk, we benefit from God modeling his own instruction to pray at all times with all kinds of prayer. When our attention is on him, following his example abundantly includes our own internal conflicts and conversations. Now go redeem that self talk. You're not any crazier than the God who made you.