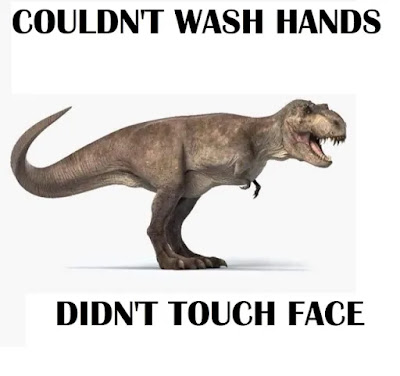 A friend recently reminded me of an old joke about a man hiking in the dessert and he gets bitten on the butt by a rattlesnake. His hiking partner makes a phone call for emergency help and gets the advice, "make an incision between the fang marks and suck the poison out."

"What did they say!?" the man asks anxiously as his condition worsens.

The partner lowers his head solemnly and replies, "They said you're gonna die."

These days it's easy to see that our value for our fellow man's life is often shallower than we would like to think. Based on our disapproval of someone's response to the latest crisis management protocol, we're quick to blast each other as having no concern for our fellow humans. There's something innate that says that argument should have some leverage. I would argue that we've overestimated ourselves in that regard since Adam.

This is no political statement about our current situation. It's an appeal to all of us to probe that daunting intersection of practicality and compassion and be honest about what we find in ourselves. Straw men burn easy. Nobody cared about those "at risk" until they believed it was a threat to themselves. Before then we just stuffed them in nursing homes and waited for our inheritance. Clearly I'm overstating the case but I'm sure you get the point. Do you really care? It takes more than a mask to prove it and the opportunity won't disappear when our current crisis ends.