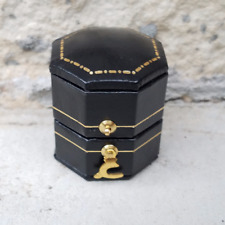 “I hate this shelf,” the ring box said, “this dark and lonely place.”
As once again the door slid shut that sealed his daily fate;
It opened oft but never long and mirrors glimpsed above
To accent lights and window glass that showed the treasures off.


“What luck,” he quipped in bitterness “to be the box beneath.
I curse the mirror on the wall whose glimpses that I see
Of treasures I will never hold and lights that never bathe
A lowly box, an empty soul, a shadow yet to fade."


“Is something wrong?” the ring would doubt herself more every day.
“A million eyes have stared and yet a million looked away.”
A few would ask and fewer still would ask to see her close
So that the fear of even being known began to grow.

“What flaws must rest within my gems. What dross within my gold.
What warmth there is upon a hand to make my place feel cold.
My place beside these gems and rings that hands have whisked away
With smiles beaming brightly as the lights of my display.

How foolish I should hope that there is yet a hand for me
Or even that, upon one, it would care that I am seen.
Invisible in plainest sight, this light and lonely place,
Relentlessly exposing what I must so lack in grace.”

Then came the most discerning eye that longest on her stayed,
That made her wish for dimmer lights perhaps her flaws to fade.
Away from such a cold embrace, such calculated stare,
A piercing focus seeing past the surface and the glare.

Then out she came before the eye that withered all her pride,
That scrutinized her every cut from every single side.
“Yes. It will do,” the critic spoke with tone that matched the eyes.
A price was paid. A box was pulled. The ring was put inside.

“I can’t believe it!” cried the box. “Not only am I free
But how long I have loved that ring they placed inside of me.
How many fools have passed her by but better has that been
That I of all the boxes hold her beauty here within.”

And safe she finally felt when hidden in that velvet shell.
That steely case where darkness hid the flaws she knew too well,
That shelter from the storm outside that every threat be quelled,
That shield securely fit around the band so few had held.

And jubilant the box now felt to travel in the light,
Renewed of heart and purpose with his treasure safe inside.
What things he saw along the way! What grandeur they did pass!
How marvelous his prize must be! How far above his class!

The nicks and dings he gathered on the way, he proudly bore,
The injuries he’d taken on behalf of what was stored
Within his care until they reached the place where she was meant
To be revealed as worth the price that on her had been spent.

She bid him, “Please! Don’t open up to such discerning eyes!”
He bid her, “Know you not that you have not a flaw to hide?”
She bid him, “How can you be sure of what those eyes have planned?”
He bid her, “There’s a crown upon the head above this hand.”

“A crown!” she gasped. “You must be wrong. So many passed me by.
So long I cringed beneath the gaze of every critic's eye.”
“No imperfection stayed their hands,” the box laughed with surprise.
“It is the King and no one else who could afford your price.”