With everyone's utterly relaxed demeanor in front of the store, it took a minute to identify the alarm sounding as I approached Home Depot. I entered the unguarded door with no sense of danger along side several other patrons. Inside, the ear piercing beeps and screeches seemed to echo off everything except ear drums as shopping continued unchecked, save one safety conscious fellow who commented that everyone would be dead if the fire were real. A single employee tried to direct a few shoppers who didn't care about his authority any more than the alarm. I obliged him but the alarm stopped after ten paces toward the exit and he ended up apologizing for the misdirection. 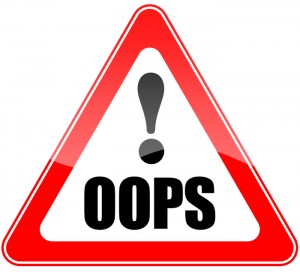 "Where there's smoke, there's fire." Where there's no smoke, no one's changing course no matter how loud the alarm is. Maybe they would have back when alarms were hard to set off but now they carry an almost hopeful tone that something sensational really is happening, like every headline on my Google News feed. It's in our nature to hope for the sensational, rubberneck past the accident, tell a great story about what almost happened. So much so that a flood of new predictions stream in undaunted by the shortfall of old ones and the persistence of the status quo.

The end of the world from imminent catastrophe X is always just around the corner. For Christians, that's been true since Christ promised to return. You can hear the heightened anticipation in most New Testament books. Still waiting. It's a great paycheck for those who can market it and great entertainment for the rest of us. Truth is the gospel of Jesus Christ shamelessly caters to our natural tendency to hope that something sensational really will happen. The world will end. Lots of smoke and fire. Heavenly trumpets of epic doom and glory followed by actual epic doom and glory. But it also warns of getting desensitized to the point of saying, "things go on as they always have and always will." Sometimes I think the trigger for Christ's return may just be when we're all sufficiently tired of the increasingly frantic blare of hollow sirens. Till then, I need to find the torx bits that the apologetic employee said where in aisle nineteen.
Posted by The Wayfarer's Rod at 2:31 PM